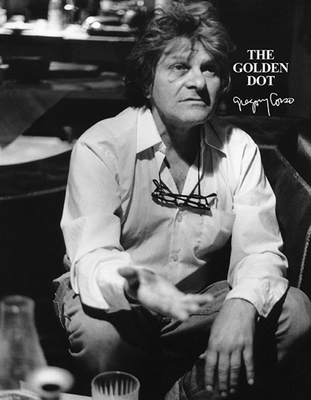 A thundering collection of Gregory Corso's last poems in which he takes stock of his life with the clarity of eyes approaching death, and ponders the next step. In these poems Corso found the way to say what he needed to say, how to say it, and so extends his status of legendary Beat rascal into that of a Wisdom/Visionary poet offering insight and assistance on the wonder-filled difficult road.

THE GOLDEN DOT is framed by Allen Ginsberg's death on one end and Corso's own death on the other. It is, among other things, the story of a lifelong friendship between two of the great poets of the twentieth century. Corso is now alone, left to argue with his mentor and rival, pleading his case and making amends. His insecurities lead him to question the very reasons Allen befriended him in a Greenwich Village bar: was it just his good looks and street smarts? But he comes to trust and accept Allen's estimation of his work, so succinctly stated on the dedication page to Reality Sandwiches (1963), some of the only serious recognition he ever got for his poetry in his lifetime: 'Dedicated to the Pure Imaginary POET Gregory Corso, ' and once again in Ginsberg's Selected Poems 1947 1995: 'To Gregorio Nunzio Corso, Wisdom Maestro, American Genius of Antique and Modern Idiom, Father Poet of Concision.' Allen always told anyone who would listen that Gregory was the greater poet, and often lamented the lack of serious critical studies of Corso's work.--From the Introduction by Raymond Foye

Place this book in your survival kit.
Let Gregory Corso, the youngest,
most high-spirited of the beat poets
guide you through the hallowed
days, as he did for my generation.


He will steer you through the
minefields of existence, poem by
poem, drawn from his irreverent,
benevolent revolutionary heart.
-- Patti Smith