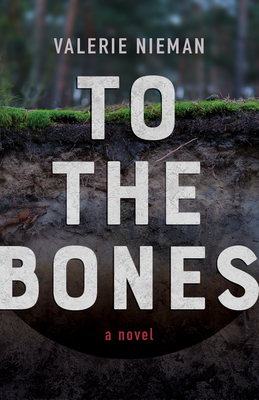 Darrick MacBrehon, a government auditor, wakes among the dead. Bloodied and disoriented from a gaping head wound, the man who staggers out of the mine crack in Redbird, West Virginia, is much more powerful—and dangerous—than the one thrown in. An orphan with an unknown past, he must now figure out how to have a future.

Hard-as-nails Lourana Taylor works as a sweepstakes operator and spends her time searching for any clues that might lead to Dreama, her missing daughter. Could this stranger’s tale of a pit of bones be connected? With help from disgraced deputy Marco DeLucca and Zadie Person, a local journalist  investigating an acid mine spill, Darrick and Lourana push against everyone who tries to block the truth. Along the way, the bonds of love and friendship are tested, and bodies pile up on both sides.

In a town where the river flows orange and the founding—and controlling—family is rumored to “strip a man to the bones,” the conspiracy that bleeds Redbird runs as deep as the coal veins that feed it.


Praise For To the Bones…

“This is the West Virginia novel done right: slam-bang storytelling in tightly controlled language, by turns horrific and funny and beautiful.”
Pinckney Benedict, author of Miracle Boy and Other Stories

"A storytelling feat: a pulse-pounding thriller that also manages to construct a whole terrifying, gorgeous mythology. To the Bones surprises and captivates at every turn."
Clare Beams, author of We Show What We Have Learned

“An immensely readable story of good versus evil, with enough twists and turns (and twists within turns) to keep you guessing to the last minute.”
Steve Weddle, author of Country Hardball

"In this unusual tale of death and monsters and environmental devastation, horror, science fiction, romance, and satire bleed together to form a vibrant literary delight that is as powerful and imposing as the fearsome orange-hued river that runs through it."
Colorado Review

"A creative mix of several genres, including elements of horror, the supernatural, Old Western showdowns, contemporary Southern (complete with a mass outdoor prayer vigil to prepare people for the rapture), suspense and romance."
News & Record

"An entertaining supernatural thriller about all-too-real threats."
The Observer

Valerie Nieman is a professor of English at North Carolina A&T State University. A former journalist and farmer in West Virginia, she is the author of three novels, as well as collections of poetry and short fiction. She is a graduate of West Virginia University, and she received an MFA from Queens University of Charlotte.