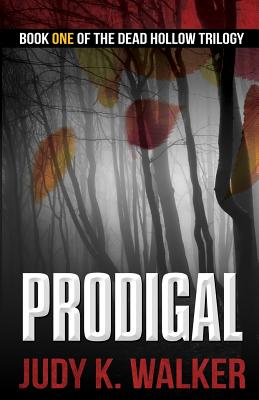 To save a missing girl, he'll have to explore his dark past. He may not survive the journey...

Adam Rutledge is haunted by his childhood. The drifter never forgot how helpless he felt when his best friend was abducted, and his hometown never forgot his involvement. But when a strange dream sends him back to Cold Springs, he realizes that another child has gone missing and he has no choice but to help.

Adam knows that to prevent history from repeating itself, he'll need to dive deep into the darkness of his own upbringing. When his efforts unleash dreams and visions he's spent decades burying, he's unsure if his sanity will survive.

To bring the missing girl home alive, Adam must solve the riddle of his tragic past. But between his fractured psyche and the schemes of a madman, he may lose himself in the process...

Prodigal is the first book in the Dead Hollow psychological suspense trilogy. If you like crime thrillers, authentic characters, and a dash of paranormal, then you'll love Judy K. Walker's haunting series.

Buy Prodigal to unlock the mysteries of Dead Hollow today

FROM THE BACK COVER:

The fear returns in Prodigal.

Twenty years ago, children began disappearing from rural Beecham County: a boy on a camping trip, a girl walking home from school...And then it stopped.

Very slowly--month by month, year by year--children began to feel safe again, and parents began to sleep through the night.

Adam Rutledge, who's spent his life adrift since losing his childhood friend to a man in the shadows, finds himself drawn back to Beecham County when another girl disappears. But to stop the unknown predator, Adam must reveal his deepest, darkest secret and embark on a path that may cost him his sanity... and his life.