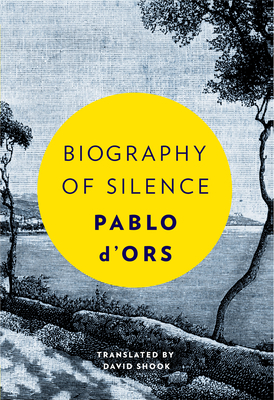 An Essay on Meditation

A publishing phenomenon in Spain: a moving, lyrical, far-ranging meditation on the deep joys of confronting oneself through silence by a Spanish priest and Zen disciple.

With silence increasingly becoming a stranger to us, one man set out to become its intimate: Pablo d'Ors, a Catholic priest whose life was changed by Zen meditation. With disarming honesty and directness, as well as a striking clarity of language, d'Ors shares his struggles as a beginning meditator: the tedium, restlessness, and distraction. But, persevering, the author discovers not only a deep peace and understanding of his true nature, but also that silence, rather than being a retreat from life, offers us an intense engagement with life just as it is. Imbued with a rare beauty, Biography of Silence shows us the deep joy of silence that is available to us all.

Pablo d'Ors is a Spanish priest and writer. He was born in Madrid in 1963 and educated in New York, Vienna, Prague, and Rome. He was ordained in 1991 and he received a doctorate in theology in 1996. In 2014, he founded the Amigos del Desierto foundation with the aim of promoting the practice of meditation. In the same year, Pope Francis made him a consultant of the Pontifical Council for Culture. d'Ors debuted as a writer in 2000 with El estreno, a critically acclaimed collection of short stories. His essay Biografía del silencio was a publishing phenomenon in Spain, selling 130,000 copies in just a few years. Pablo d'Ors has gone on to publish almost a dozen fiction and nonfiction titles, which have been translated into French, German, Italian, Portuguese, and other languages. This is his first English translation.

Praise For Biography of Silence: An Essay on Meditation…

“Biography of Silence invites us to stop and catch our breath. Each chapter inspires a hunger for the contemplative silence the author has come to love with such contagious affection. The word ‘God’ is mentioned only a handful of times, but few books have rendered me more vulnerable to a divine encounter. Pablo d'Ors has given us a literary and spiritual gift.” —Brian D. McLaren, The Great Spiritual Migration

"Biography of Silence is a poetic yet baldly honest account of what it means to persevere with meditation." —Lion's Roar
or support indie stores by buying on
Copyright © 2020 American Booksellers Association