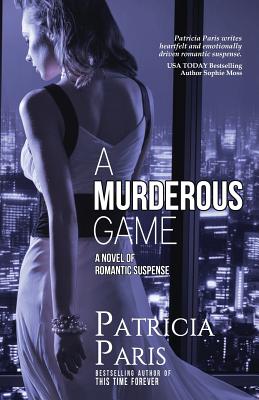 Passion. Second chances. When murder's a game...be careful how you play.

Abby Carpenter is a woman with a few problems: a little red diary that has a way of showing up at the worst times, a creepy coworker trying to sabotage her career, and a philandering ex-husband who won't stay dead--and now, the CEO of the largest account to land on the doorstep of the marketing firm she works for, happens to be a man she made a complete fool of herself over fourteen years ago. Abby's convinced if he recognizes her the firm could lose the account, and she could lose her job.

Gage Faraday can't shake the feeling his new account manager, Abigail Carpenter, reminds him of someone, he just can't place who. As he begins working with her to develop a marketing plan for his company's new development, he realizes they've run into a snag--he's developed a major attraction for his new business associate--but, he's a man who goes after what he wants, and he wants Abby.

Just when Abby begins to think things may finally be going her way, her ex turns up dead--very dead--and she becomes the primary suspect in the murder investigation. Now she's being pursued by a relentless detective, a sleazy tabloid reporter, and a man who won't take no for an answer. Will the forces working to tear Abby and Gage apart prevail, or will destiny have its due? Find out in this sexy, sassy romance with a touch of suspense.