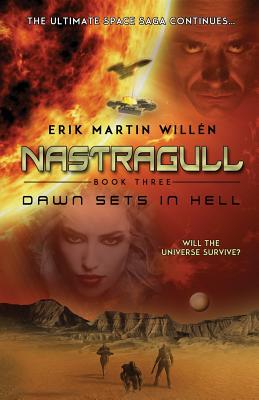 Hell really is other people...

Alec von Hornet has somehow endured the agony of being half-eaten and installed as a living-objet d'art in a depraved woman's estate. Barely sane, he's rescued and healed in a painful procedure that leaves him whole, but oddly vulnerable.

Recovered and rehabilitated by the same warrior monks who rescued Alec, his beloved Alexa is determined to win him back. As their paths converge, they find the way blocked by family, traitors, pirates, and a deranged general with an inexplicable connection to Alec.

But the lovers are determined to reunite, come what may--even if it means destroying half the Universe in the process.