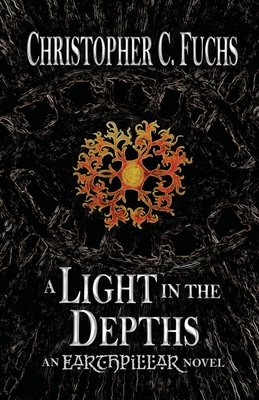 A Light in the Depths

From the author of The Depths of Redemption comes the second of a two-part prequel to Lords of Deception, set nearly two years after the Brintilian Empire besieged the treetop city of Nalembalen. Now, step out of Rildning's journal and into the turmoil of conquest and exodus across the New World.

Suffering heavy losses in a widening war, Rildning and his Gallerlander companions fan out across the continent to persuade other tribes to join in a common defense against the Brintilian Empire. But Rildning discovers that ancient tribal rivalries die hard and many still suspect him of spying for the colonists.

And Rildning has another problem: his journal now lays in the hands of Marshal Hilsingor, the ruthless imperial commander of the Frontier Corps. Knowing his enemy well, Hilsingor is determined to undermine Rildning's efforts and eradicate the remaining tribal resistance.

The outcome will define Rildning's unique legacy, one that will fever the dreams of kings for generations...