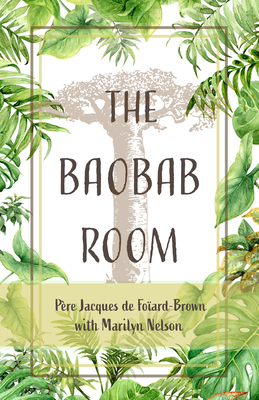 Here, Father Jacques de Foiard Brown, the priest fictionalized in some of Marilyn Nelson’s poems as the hermit monk “Abba Jacob,” combines his own voice with that of his fictional self to write about how he learned to meditate from a baobab tree which was his boyhood’s “best silence teacher.” Observing the baobab and the creatures who lived in its trunk and branches taught him about beauty, friendship, generosity, vulnerability, compassion, and the community of living things: lessons he tells us we can learn ourselves, without having a nearby baobab tree, by going inward in meditation. Listening to silence may help us to see the connection between the natural world and faith. Some of the oldest baobab trees, between 1,000 and 2,500 years old, have died in the last decade. The giant redwoods and sequoias, some over 3,000 years old, are dying off. It’s time to listen to the trees.

Marilyn Nelson, a three-time finalist for the National Book Award, is one of America’s most celebrated poets. She is the author or translator of more than twenty critically acclaimed books for adults and children, and the recipient of many honors and awards, including the Frost Medal, the Golden Rose Award, the NSK Neustadt Award, and the NCTE Poetry Award. She has served as a Chancellor of the Academy of American Poets, as Poet-In-Residence of the Cathedral of St. John the Divine, and as Poet Laureate of Connecticut. Father Jacques de Foïard-Brown of Mauritius leads retreats and conferences in France and elsewhere. He received God’s call one day and entered the Benedictine monastery of Solesmes in France, where he remained for seven years. Returning to his country of origin, he was ordained a priest and a teacher of Christian meditation in Mauritius. He has lived in a hermitage for over twenty years, while serving the communities that surround it.
Loading...
or support indie stores by buying on