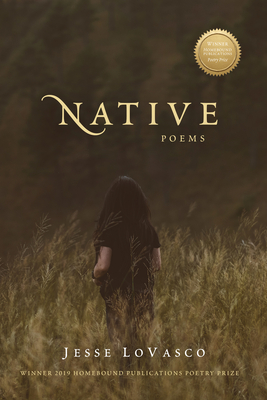 Native illuminates the roots that reside within the heart of being human. It reflects on the inspiration that dwells in authentic relationships with people, place and nature. Poems emanate from a source, where on earth, seasons are teachers and fire, rain and water have value and meaning. Across the earth, colors and sounds of other lands, regardless of language, speak to universal sensitivities that all people share. Poems in Native, paint pictures that resonate with life across the earth, in other cultures, in forests and rivers and observations in everyday life. That which is authentic and organic is native. The author takes readers from the soul’s perspective to Native peoples’ stories to women from Sicily, Ecuador, women who give birth and the essence of a newborn.

Jesse studied poetry at Vermont College of Norwich University. Her poems appeared in Written River of Hiraeth Press 2012, first place Honorable Mention from Homebound Publications in 2016, the Sea Letter and first book entitled, Imprinting Waves with Red Wolf Editions in 2018. She is a yearly contributor to PoemCity, Montpelier, VT. Jesse’s writing comes from observation and solitude. She reveals what she experiences in the natural world and in relationships. It is an essential art form; the act of witnessing, remembering and making moments and stories in daily life, known or sacred. She teaches poetry classes and workshops in her community and reads at local poetry events. Since 2005, she has committed to a monthly poetry date with a fellow poet to inspire each other’s work. Today she considers poetry her daily practice, centering her, as life continually shifts and changes. Jesse had the opportunity to live closer to the land in a small community in Vermont. There, she explored swimming in rivers, hiking in forests and climbing mountains. Through deepening her understanding of those places, she discovered parts of herself. She began to study plants and herbs, studied with various herbalists and became aware of the contribution native peoples made in their early findings of plants and their medicine. Their ways of honoring seasons, the four directions, the land and its inhabitants, were essential truths to Jesse. Many poems are influenced by their ways.
Loading...
or support indie stores by buying on