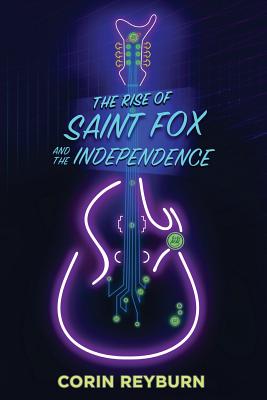 The Rise of Saint Fox and The Independence (Paperback)

The rock band Saint Fox and the Independence is the key to taking back economic freedom.

In a near-future London, eccentric revolutionary Janus Jeeves is the leader of the subversive organization the Arcane Society. When he recruits a charismatic drifter named Sam to headline a band that serves as a front for the Society, the group's soaring popularity draws supporters by the thousands.

The end goal of Jeeves and the Society is to replace the current financial system with their own cryptocurrency--GGcoin. Cash is no longer king, and all transactions are made via a digital implant in one's index finger called the Dot.

Once the fan army of Saint Fox and the Independence rivals any mainstream act in fervor and size, the Arcane Society have what they need to flip the switch. With the youth of the nation on his side and a biotech weapon that will revolutionize commerce, Jeeves will at last see his plan fulfilled: To reset a corrupt financial system and eliminate the wealth gap--without violence. Or so he believes.

Puppeteered by Jeeves, Sam is more than willing to champion the cause as Saint Fox--the honey-voiced, incendiary idol of the revolution, a rock star who's caught between his best friend, the loyal and lighthearted Sailor, and Kit, the guitar goddess who's the Richards to his Jagger. But before he knows it he's a wanted criminal, with millions of devoted followers looking to him for their next move.

No war is without casualties.