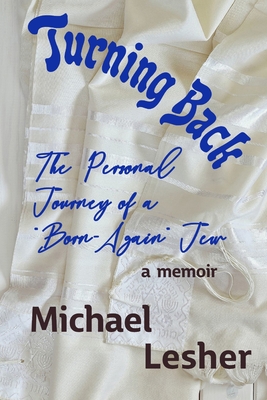 The Personal Journey of a "Born-Again" Jew

". . . a number of memoirs have been published by people who . . . made the journey away from ultra-Orthodox Jewish communities. Michael Lesher's beautifully written book explores that trajectory in reverse . . . a deeply personal account of what religious Jews would call his 'return' to Judaism."-Hella Winston, sociologist, investigative journalist and author of books including, Unchosen: The Hidden Lives of Hasidic Rebels

In this memoir of Jewishness, Michael Lesher explores his decision to reroute his life as a secular Jew into Orthodox Judaism. There are many other Jews who, like Michael, have recently moved back toward traditional religion. (There's even a popular phrase among the Orthodox: "B.T.," short for the Hebrew phrase "ba'alei t'shuvah, " or "those who return.") And this pattern is probably part of a general religious trend rightward in today's United States.

But Michael didn't choose a religious life as part of a social trend. Nor is his story as simple as a steady movement in one direction. His questions haven't stopped, they have only evolved. And he is evolving with them. This is a story, for better or worse, about transformation rather than certainty. About how excavating one's religious past, with all its values, influences and limitations, carries its own rewards.