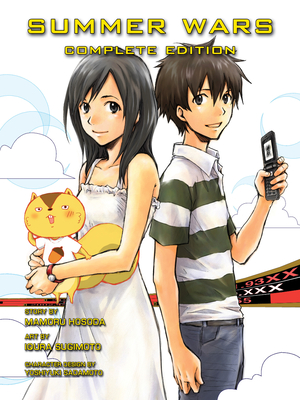 From the director Mamoru Hosoda comes the story of an ordinary family going to extraordinary lengths to avert the impending cyber apocalypse!

Kenji is your typical teenage misfit. He's good at math, bad with girls, and spends most of his time hanging out in the all-powerful, online community known as OZ. His second life is the only life he has - until the girl of his dreams, Natsuki, hijacks him for a starring role as a fake fiancée at her family reunion. Things only get stranger from there.

Born in 1967, Mamoru Hosoda is currently considered one of the biggest names in Japanese animation. Best known for his work on the Academy Award submitted Summer Wars, Hosoda has worked on a number of internationally distributed feature-length films, including: The Digimon Movie and The Girl Who Leapt through Time.

In 2003 he collaborated with SuperFlat artist Takashi Murakami in Murakami's movie Superflat Monogram. The two worked together again in the award-winning Summer Wars in 2009