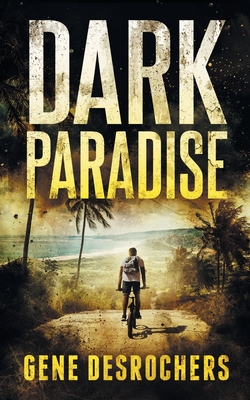 Boise Montague returns to the Caribbean after his life falls apart. He seeks solitude, but finds murder. To vindicate the reputation of his childhood best friend whose death stings him to the core, he descends into the criminal underworld of a beautiful island. Boise wants answers. He enlists a local reporter to help him dig deeper. With not much left to lose, a bone to pick with the justice system, and a relentless partner, Boise sets out to do what the police would not: solve the murder of Roger Black. He must also struggle to control the darkness within himself that led him home.St. Thomas is a gleaming tropical paradise where murder is as common as sunshine.

Gene is a noir novelist and writer based in Los Angeles, California. He hails from the U.S. Virgin Islands and takes much of his inspiration from Caribbean culture and island life. His short stories have been published in various digital and print magazines, such as The Short Fiction Collective, Beyond Imagination Digital Literary Magazine, and Prolific Press. His screenplay, Lost in Paradise, was a finalist in the StoryPros Screenplay Awards Drama category in 2010. 10 Past Midnight, co-written with Christian Webb, was a semi-finalist in the 2014 StoryPros International Awards Contest. He is signed with Acorn Publishing LLC, an imprint based in San Diego, California.
Loading...
or support indie stores by buying on