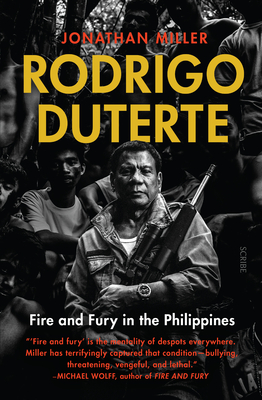 Fire and Fury in the Philippines

The first biography of Rodrigo Duterte, the murderous, unpredictable president of the Philippines, a fascinating, fearsome man and the embodiment of populism in our time.

Rodrigo Duterte was elected President of the Philippines in 2016. In his first 18 months in office, 12,000 people were murdered on the streets, gunned down by police officers and vigilante citizens--all with his encouragement.

Duterte is a serial womaniser and a self-confessed killer, who has called both Barack Obama and Pope Francis "sons of whores." He is on record as saying he does not "give a shit" about human rights. Yet he is beloved of the 16.6 million Filipinos who voted for him, seen as vulgar but honest, a breath of fresh air, and an iconoclastic, anti-imperialist rebel.

Through interviews with Duterte himself, his sister, daughter and son, two former presidents, old friends, death squad hitmen, and relatives of his victims, Channel 4 News' Asia Correspondent Jonathan Miller shows that far from the media cartoon of The Godfather, John Wayne, Hugo Chavez, and Donald Trump rolled into one, Duterte is a sinister, dangerous man, who should not be taken lightly.