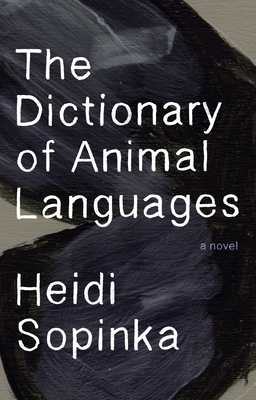 The Dictionary of Animal Languages

We grant men a right to solitude.
Why can't we do the same for women?

Born into a wealthy family in northern England and sent to boarding school to be educated by nuns, Ivory Frame rebels. She escapes to interwar Paris, where she finds herself through art, and falls in with the most radical bohemians: the surrealists.

Torn between an intense love affair with a married Russian painter and her ambition to create, Ivory's life is violently interrupted by the Second World War. She flees from Europe, leaving behind her friends, her art, and her love.

Now over ninety, Ivory labours defiantly in the frozen north on her last, greatest work -- a vast account of animal languages -- alone except for her sharp research assistant, Skeet.

And then unexpected news from the past arrives: this magnificently fervent, complex woman is told that she has a grandchild, despite never having had a child of her own.