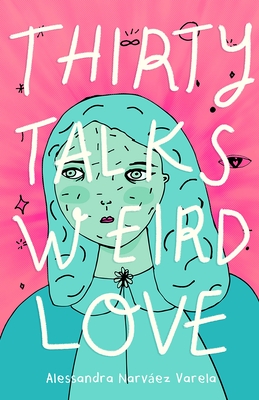 ⭐Fans of The House on Mango Street and The House of Spirits will be riveted--Booklist, Starred Review
A 13-year-old girl growing up in Mexico is visited by her 30-year-old future self in this powerful Young Adult novel in verse about accepting yourself.
Out of nowhere, a lady comes up to Anamaria and says she's her, from the future. But Anamaria's thirteen, she knows better than to talk to a stranger. Girls need to be careful, especially in Ciudad Ju rez, Mexico--it's the 90's and fear is overtaking her beloved city as cases of kidnapped girls and women become alarmingly common. This thirty-year-old "future" lady doesn't seem to be dangerous but she won't stop bothering her, switching between cheesy Hallmark advice about being kind to yourself, and some mysterious talk about saving a girl.
Anamaria definitely doesn't need any saving, she's doing just fine. She works hard at her strict, grade-obsessed middle school--so hard that she hardly gets any sleep; so hard that the stress makes her snap not just at mean girls but even her own (few) friends; so hard that when she does sleep she dreams about dying--but she just wants to do the best she can so she can grow up to be successful. Maybe Thirty's right, maybe she's not supposed to be so exhausted with her life, but how can she ask for help when her city is mourning the much bigger tragedy of its stolen girls?
This thought-provoking, moving verse novel will lead adult and young adult readers alike to vital discussions on important topics--like dealing with depression and how to recognize this in yourself and others--through the accessible voice of a thirteen-year-old girl.
Alessandra Narv ez Varela was born and raised in Ciudad Ju rez, M xico. She earned a B.S. in Biology and an M.F.A. in Creative Writing from the University of Texas at El Paso, where she now teaches. This is her debut novel.