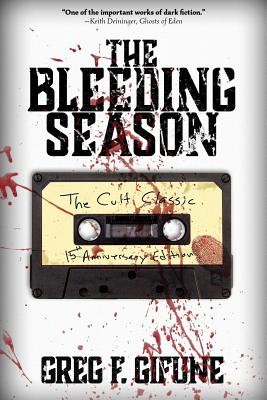 Evil is state of mind.

Alan, Tommy, Rick, Donald and Bernard were inseparable best friends living in the small coastal Massachusetts town of Potter's Cove. A circle of five, their world was simple and happy until the day Tommy was struck by a car and killed. Nothing was ever the same. They were never the same. Years later, as the four survivors--all unhappy, unsuccessful and marking time--approach their fortieth birthdays, Bernard suddenly commits suicide. Within weeks of Bernard's death, one by one, the mutilated bodies of murder victims are found in town, and as the three remaining friends attempt to solve the riddle of Bernard's suicide, they come to realize that he may not have been who or what they thought he was. His entire life may have been a lie, and rather than the sad, lonely and harmless person they believed him to be, he very well may have been a savage ritual killer, a bleeder of young women who conjured evil to fulfill his own demented dreams. To find the truth, not only about Bernard, but themselves, they must delve into the darkness and those who inhabit it, a darkness that cradles an unspeakable evil so terrifying it could forever trap them in the shadows of the damned and shatter the very concept of their existence.

Greg F. Gifune's THE BLEEDING SEASON, originally published in 2003, has been hailed as a classic in the horror genre and is considered to be one of the best horror/thriller novels of the decade.