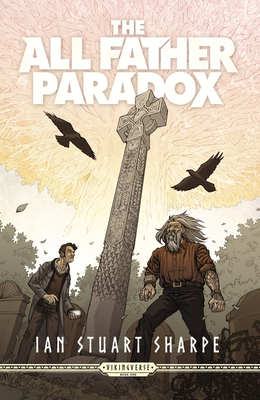 The All Father Paradox (Vikingverse #1)

What if an ancient god escaped his fate and history was thrown to the wolves?

Churchwarden Michaels thought it was just a run-of-the-mill crazy old man who stood in the graveyard, hellbent on studying the 1,000-year-old Viking memorial there. But when things start changing and outright disappearing, Michaels realizes there is more to this old man than meets the eye. Now, Michaels finds himself swept up in an ancient god’s quest to escape his destiny by reworking reality, putting history—and to Michaels’s dismay, Christianity itself—to the Viking sword. In this new Vikingverse novel, storied heroes of mankind emerge in new and brutal guises drawn from the sagas:

A young Norse prince plots to shatter empires and claim the heavens...
A scholar exiled to the frontier braves the dangers of the New World, only to find those “new worlds” are greater than he imagined...
A captured Jötunn plants the dreams of freedom during a worlds-spanning war...
A bold empress discovers there is a price for immortality, one her ancestors have come to collect...

With the timelines stretched to breaking point, it’s up to Churchwarden Michaels to save reality as we know it...

Ian Stuart Sharpe is the CEO of a tech start up. As a child he discovered his love of books, sci-fi and sagas: devouring the works of Douglas Adams, J.R.R. Tolkien, Terry Pratchett, and George MacDonald Fraser alongside Snorri Sturluson and Sigvat the Skald. He once won a prize at school for Outstanding Progress and chose a dictionary as his reward, secretly wishing it had been an Old Norse phrasebook. He lives in Victoria, British Columbia.
Loading...
or
Not Currently Available for Direct Purchase