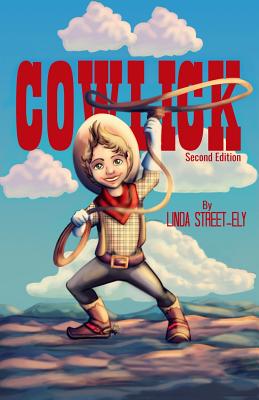 Sometimes people say mean things that hurt our feelings, and we don't understand why they do that.Six-year-old Sanderson Hamilton Jefferson Burrison loved his family, their home on the farm, their cows, and his teacher. Everyone called him "Cowlick" because of the tuft of hair that stood up at the top of his forehead.Excited about starting first grade, Cowlick soon learned that not everyone understood the love of cows as he did. Not everyone liked his nickname, or his hair. As Cowlick learned, even when people say mean things we can be strong, and we can win by doing things that are right.Climb inside Cowlick's story and find out how a boy was brave, even when other children were making fun of him. Then talk about it: Who won, what was won, what was the right thing to do, and why it was right.

Linda Street-Ely's first book, “When We Move to Heaven: A family love story” is her testimony of God’s love for each of us, and how we can find Him even in the midst of tragedy.

Her second book, “Cowlick”, is a children’s story inspired by the child of a friend. Cowlick was bullied but ends up being the hero. His story encourages children and shows that we can rise above hurtful circumstances.

Linda is the co-author of "Ely Air Lines," a popular weekly column on aviation written for the non-flying general public since 2007. Her writing partner is her husband, Mike.

Linda had a 25-year career as a paralegal before leaving to work in aviation software. She has an Airline Transport Pilot certificate, along with a tailwheel endorsement and commercial seaplane certificate.

She has been air racing all over the U.S. since 2007, including four times in the historic Air Race Classic. Linda and her husband, Mike, are "Team Ely," five-time National Champions of the Sport Air Racing League, racing their Grumman Cheetah, named “The Elyminator," dubbed “The Fastest Cheetah in the Known Universe." She also loves aerobatics and has competed once, placing third.

She loves to travel the world, meet people, and learn about other cultures.