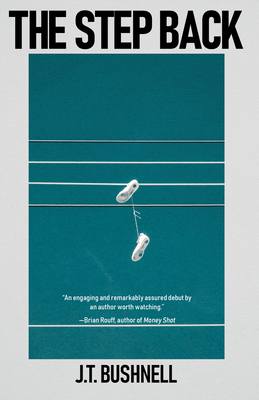 Ed Garrison has it all--a successful basketball career, a great relationship with his kid brother, the best dog a guy could ask for, and a supportive family. With summer vacation being the only thing standing between him and a full-ride scholarship to Berkeley, Ed feels invincible.

But everything falls apart as high school comes to an end and his mother suddenly leaves his father for a woman three thousand miles away, leaving behind a broken home in the wake of her absence and betrayal. Ed feels helpless as his humiliated father turns to liquor and work and his brother throws away his future for illegal substances and crime. Not even the dog stuck around to watch.

Soon, Ed is lashing out too: he turns down his scholarship in favor of attending a small school in Northern California and alienates himself from his fractured family to start a new life of his own. Alone and confused, Ed switches his major to journalism, trains for a marathon, and adopts a puppy, all in attempts to fill an unexplainable void in his life. But as the years pass and this new chapter is also riddled with distrust and regret, he fails to maintain the relationships that matter the most. Ed has no choice but to reckon with his past mistakes as his dreams of a basketball career are shattered and his family continues to crumble.