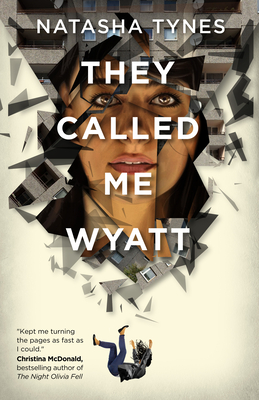 They Called Me Wyatt (Paperback)


"An intriguing novel that had me instantly engaged."
--Christina McDonald, author of The Night Olivia Fell


When Jordanian student Siwar Salaiha is murdered on her birthday in College Park, Maryland, her consciousness survives, finding refuge in the body of a Seattle baby boy. Stuck in this speech delayed three-year old body, Siwar tries but fails to communicate with Wyatt's parents, instead she focuses on solving the mystery behind her murder. Eventually, her consciousness goes into a dormant state after Wyatt undergoes a major medical procedure.

Fast-forward twenty-two years. Wyatt is a well-adjusted young man with an affinity towards the Middle East and a fear of heights. While working on his graduate degree in Middle Eastern studies, Wyatt learns about Siwar's death, which occurred twenty-five years ago. For reasons he can't explain, he grows obsessed with Siwar and spends months investigating her death, which police at the time erroneously ruled as suicide. His investigation forces him to open a door he has kept shut all his life, a spiritual connection to an unknown entity that he frequently refused to acknowledge. His leads take him to Amman, Jordan where after talking to her friends and family members and through his special connection with the deceased, he discovers a clue that unravels the mystery of her death. Will Siwar get justice after all?

Fast-paced and thrilling, They Called Me Wyatt is the debut novel from a vibrant new literary voice, Jordanian-American journalist Natasha Tynes.

Natasha Tynes is a Jordanian-American journalist, writer, and media development professional based in Washington, DC. An expert on the Middle East, she's appeared on a number of national and international TV programs, including Larry King Live, PBS's Foreign Exchange with Daljit Dhaliwal, Paula Zahn show, CBS's This Morning, Scarborough Country, and BBC's Up all Night. Her byline has appeared in the Washington Post, Al Jazeera, Huffington Post, and the Jordan Times, among many other outlets.
or
Not Currently Available for Direct Purchase
Copyright © 2020 American Booksellers Association