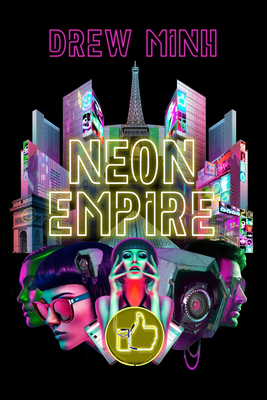 In a state-of-the-art city where social media drives every aspect of the economy, a has-been Hollywood director and an investigative journalist race to uncover the relationship between a rising tide of violence and corporate corruption.

Bold, colorful, and dangerously seductive, Eutopia is a new breed of hi-tech city. Rising out of the American desert, it's a real-world manifestation of a social media network where fame-hungry desperados compete for likes and followers. But in Eutopia, the bloodier and more daring posts pay off the most. As crime rises, no one stands to gain more than Eutopia's architects--and, of course, the shareholders who make the place possible.

This multiple-POV novel follows three characters as they navigate the city's underworld. Cedric Travers, a has-been Hollywood director, comes to Eutopia looking for clues into his estranged wife's disappearance. What he finds instead is a new career directing--not movies, but experiences. The star of the show: A'rore, the city's icon and lead social media influencer. She's panicking as her popularity wanes, and she'll do anything do avoid obscurity. Sacha Villanova, a tech and culture reporter, is on assignment to profile A'rore--but as she digs into Eutopia's inner workings, she unearths a tangle of corporate corruption that threatens to sacrifice Cedric, A'rore, and even the city itself on the altar of stockholder greed.

Drew Minh is a former digital advertising executive in Los Angeles, with firsthand knowledge of our current social media revolution. He's lived in Barcelona and Paris, where he worked as a freelance writer, ghostwriter, and digital consultant. He's had fiction published in 3AM Magazine, Word Riot, Litro Magazine, and other publications. He also wrote a fictional crime column for weekly newspapers in Spain.
Loading...
or support indie stores by buying on