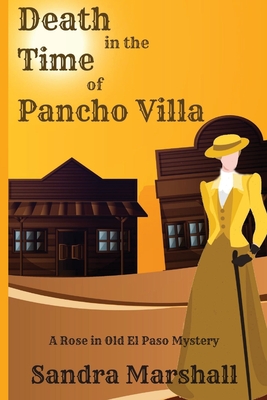 Death in the Time of Pancho Villa

The in-laws are aghast when Rose Westmoreland boards a train alone, bound for the far edge of the country in search of her missing husband. Unthinkable for a lady in 1911. Now she's in El Paso, a city holding its breath, anticipating a spectacle. A decisive battle of the Mexican Revolution is about to erupt right across the Rio Grande. Rose's husband, Leonard, sent there by his employer, Stoneman Petroleum, apparently first went native, then disappeared, leaving behind a fiery mistress and rumors he was sent to offer the rebels money in exchange for favorable drilling rights.

Alone in this liminal place, Rose is befriended by two women, a retired thespian and a young Mexican expatriate, who suggest coping methods that would throw the folks back in Shaker Heights into a tizzy. A reporter recruits Rose, who is a talented amateur photographer, to immortalize the Mexican leaders: a sardonic, strawberry soda-sipping Pancho Villa and visionary Francisco Madero, who communes with the shades of Napoleon and Ben to Ju rez.

Rose is caught up in the intrigue of the Revolution, the unfamiliar culture of the borderlands, and the deadly competition between international oil companies. When the only person to offer real information about Leonard is killed by what is, perhaps, a stray bullet, she finds her own life in danger. Her determination to uncover the truth reveals hidden secrets, calling into question everything she thought she knew about her life back home, and threatens the well-being of everyone she holds dear.