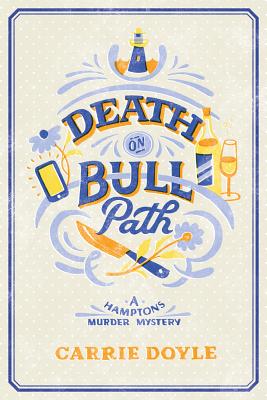 After the craziness of August, the end of summer is supposed to bring peace and tranquility to the posh seaside enclave of East Hampton, New York, not murder! Cozy mystery fans and lovers of Louise Penny, Agatha Christie and Alexander McCall Smith should pour themselves a lemonade and settle in for a juicy read!

Antonia Bingham, chef and proprietor of the town's prestigious Windmill Inn, has been lining up new recipes to try in the quiet, golden days of September, and looks forward to putting murder and mayhem behind her so she can focus on herself and her business. But when a Labor Day visit by two slick Wall Streeters ends with their gruesome deaths in a summer rental house, Antonia is pulled back to the dark side.

With mysterious guests (and possible suspects) popping in and out of the inn, Antonia has no choice but to put back on her sleuthing cap and try to decipher who butchered these men. Wading through social media, the local nightclub scene, share houses, and other unfamiliar haunts of the young and glamorous is an eye-opener for Antonia—and a major time commitment. And the timing couldn't be worse, because Nick Darrow, Antonia's movie star crush, is back in town, available and ready for a commitment...while Antonia's sinister ex-husband is making his presence known in her life again, too.

The high season may be over but Antonia has never been busier, juggling work and crime—and fighting for her own life, too.

"This series is enjoyable and delightful. I wasn’t the least bit surprised that the latest Hamptons Murder Mystery was as amazing as the last two books. Carrie Doyle has the ability to paint such a setting and character that mystery lovers alike will delight in this read."  —Bibliophile Reviews

"There’s something fun about discovering a series that you love and just binging your way through it. That is exactly what I did with Carrie Doyle's Hamptons Murder Mystery series. The books are fun reading with a great cast of characters...[and the] storylines weave in great background on the history of the Hamptons, as well as some mouth-watering food descriptions. Carrie worked for Ina Garten when she owned and ran The Barefoot Contessa in the Hamptons, so she writes about food with great authority. She also has been a summer and weekend resident of East Hampton for decades, so she knows the lay of the land. Armchair vacation travel with a mystery; I love it." —Bookreporter.com