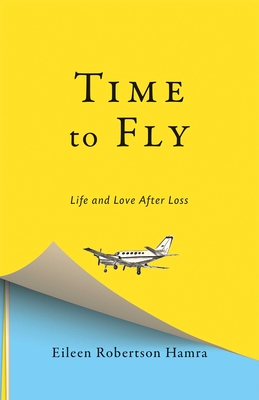 Life and Love After Loss

Reality, as Eileen Robertson Hamra perceived it, instantaneously altered the moment authorities confirmed that the plane her husband was piloting had crashed, and he had not survived.

In the process of mourning her loss, with three young children in tow, where Eileen wandered and landed was nothing short of miraculous. Between the valleys of grief and the peaks of hope, she discovered that keeping promises to the dead is a lifelong act, and honoring one love does not mean foregoing the freedom and joy that is found in reopening your heart, trusting in new love, and expanding your definition of family.

Three days before Christmas 2011 and just two miles from her parents’ home, Eileen Roberston Hamra’s husband, Brian, died alone, flying his own airplane. Overnight, Eileen lost the man she loved, and her three young children lost their father. Brian’s parents lost their son, his younger sister lost her big brother, and hundreds of people working across the globe in the tech and solar energy industries lost their mentor, their leader, their guide. Al Gore sent his condolences.

After holding bicoastal celebrations of Brian’s life, for weeks, months, a year, Eileen and her children wrapped themselves in his clothing, and cocooned. Each night, under the balmy black-blue skies of Southern California, they cried, hugged, and pressed forward in ways they knew Brian would have wanted them to. Through the rollercoaster ride of loss and mourning, they were buoyed by friends, teachers, strangers, angels, and of course, family.

Despite the dark sense of having been gutted, in fact because of the shadowy pangs of emptiness she experienced, Eileen learned new ways in which to shine a light and make her way toward feeling whole again. She transformed longing and loneliness into wisdom and wonder. She became more patient, compassionate, balanced, joyful, and loving than she had ever thought possible.

Time to Fly is the story of how one woman chose to view the tragedy of her husband’s death as an opportunity to strengthen the bond with her children, and to wake up to her life’s purpose. It is one woman’s high-flying and turbulent journey to taking full possession of her potential by breaking beyond what she thought she would, should, and could do.

Eileen Robertson Hamra moved through grief toward healing via a tough and magical spiritual awakening. Making a series of conscious choices and paying attention to a string of “coincidences” and otherworldly signs, she eventually met another wonderful man, Mike. They fell in love, got married, and set a well-respected IVF clinic record by giving birth to a miracle child when Eileen was forty-six years old.

Time to Fly is a memoir not only for the bereaved and those who support them, but for anyone who believes in the power of finding the silver lining in the darkest of situations and holding on to that sliver of light, in order to turn things around. We do not have complete control over our limited time on this remarkable planet, and so in the time we do have, we must hold one another, build softness alongside resilience, and write our own flight plan.

Eileen Robertson Hamra, life coach, philanthropist, yogi, and CEO of Fit Together, LLC, is the widow of Brian D. Robertson and the mother of their three children. In 2012, she established the Brian D. Robertson Memorial Foundation, which focuses on education and the environment, to honor the legacy of her late husband. Eileen and her husband Mike reside in Chicago, with their four children, Melanie, Brooke, Max, and Zack.
Loading...
or
Not Currently Available for Direct Purchase