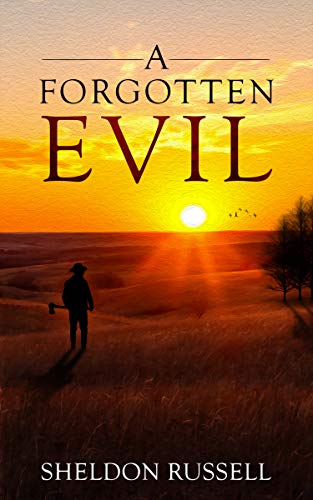 In the American West, as the nation heals from the Civil War that nearly destroyed it, new battle lines are being drawn. Caleb Justin, orphaned and grieving, and his comrade Joshua Hart, a tough, worldly runaway, leave their home along the Ohio River bound for Fort Leavenworth, Kansas, intent to join Sheridan's troops in their pursuit of Indian lands. But a badly healed foot injury ends Caleb's dream of joining up. While Joshua is assigned to George Armstrong Custer's troops, Caleb finds himself alone and undefended on the war-ravaged prairie, picking up whatever work he can--until his capture by Indians changes everything.

Joan Monnet, daughter of a wealthy railroad magnate, is traveling West when her caravan is attacked by Indians. A timely rescue saves her life but leaves her lost on the vast American prairie with Caleb. Together, they must fight their way back to the world they once knew.

But in the winter of 1868, as the snow drifts, Custer is set to turn his cavalry on a Cheyenne camp along the Washita River. Joshua, Joan, and Caleb find themselves trapped in the crossfire of one of the bloodiest battles of frontier history. Will their desperate courage be enough for them to survive?

Dr. Sheldon Russell is the author of ten books, including his award-winning historical fiction novels and his popular Hook Runyon mystery series. His work has garnered two Oklahoma Book Awards for Fiction, the Langum Project for Historical Literature, a Spur Award Finalist, and starred reviews from both Book List and Publisher's Weekly. His book The Insane Train was selected as one of the six best mysteries of 2010 by Publisher's Weekly. Russell is a Professor Emeritus of the University of Central Oklahoma. He and his wife, Nancy, a sculptor, currently live on the ranch where he grew up. Russell's upbringing in the Gloss Mountains of Oklahoma has provided him a rich background for understanding the struggles one might face if lost in the great American frontier.
Loading...
or support indie stores by buying on