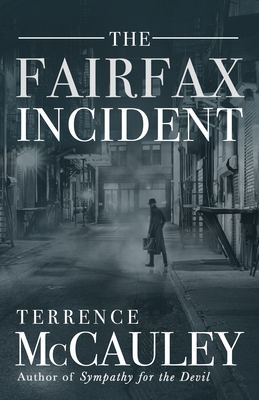 Manhattan, 1933. Charlie Doherty may have been kicked off the force after The Grand Central Massacre, but thanks to a wealthy benefactor, his private detective business is booming. Catering to the city's wealthy elite, Doherty is making a good living chasing down wayward spouses and runaway socialites when the case of a lifetime lands in his lap. Mrs. Fairfax, a wealthy widow, hires Doherty to prove her husband's suicide wasn't actually a suicide. It was murder. At his benefactor's urging, Doherty takes the case. He expects to pocket a nice chunk of change to prove what everyone already knows: Walter Fairfax walked into his office in the Empire State Building one morning, took a phone call, and shot himself. But Charlie took the widow's money, so he begins to dig. He quickly finds out there is more to the Fairfax incident than a simple suicide. Before long, he discovers that Mr. Fairfax was leading a double life; running with a dangerous crowd that has a sinister agenda that threatens to plunge Charlie's city - and his country - into another war. In an investigation that quickly involves global implications, Doherty finds himself against not only some of the most powerful people in New York City, but against the most evil men in the world.

Terrence McCauley is the award-winning author of three James Hicks thrillers: SYMPATHY FOR THE DEVIL, A MURDER OF CROWS, and A CONSPIRACY OF RAVENS, as well as the historical crime thrillers PROHIBITION and SLOW BURN (all available from Polis Books. He is also the author of the World War I novella THE DEVIL DOGS OF BELLEAU WOOD, the proceeds of which go directly to benefit the Semper Fi Fund. His story El Cambalache was nominated for the Thriller Award by International Thriller Writers. Terrence has had short stories featured in Thuglit, Spintetingler Magazine, Shotgun Honey, Big Pulp and other publications. He is a member of the New York City chapter of the Mystery Writers of America, the International Thriller Writers and the International Crime Writers Association. A proud native of The Bronx, NY, he is currently writing his next work of fiction. Please visit his website at terrencemccauley.com or follow him at @terrencepmccauley.
Loading...
or support indie stores by buying on