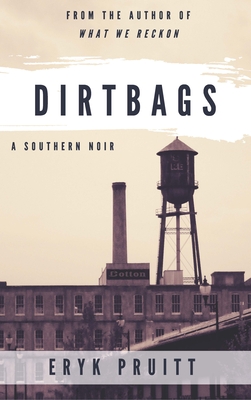 In the southern town of Lake Castor, the old mill closed, and jobs vanished. But Calvin Cantrell doesn't care for those jobs anyway. Instead, he dreams of becoming a famous serial killer. When sleazy restauranteur Tom London hires Calvin to kill his ex-wife, Calvin's dreams begin. And so do Lake Castor's nightmares.

Eryk Pruitt is a screenwriter, author and filmmaker. He wrote and produced the short film FOODIE which went on to win eight top awards at over sixteen film festivals. His short fiction has appeared in The Avalon Literary Review, Thuglit, Pulp Modern, and Zymbol, among others, and he was a finalist for the Derringer Award. He is the author of the novels WHAT WE RECKON and HASHTAG. He is the host of the monthly radio show and podcast: The Crime Scene with Eryk Pruitt. He lives in Durham, NC with his wife Lana and their cat Busey. Follow him at @ReverendEryk.
Loading...
or support indie stores by buying on