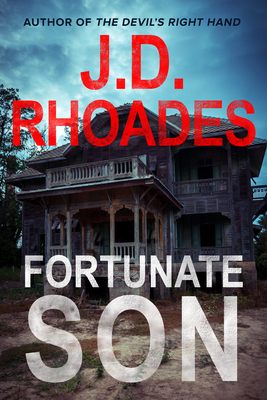 Years ago, the Jakes brothers were found alone, hungry, and freezing, in a trailer where they'd been left by their mother. One found a happy home. The older son never did, but he always dreamed of the day when they would be together again. Thirteen years later, big brother appears, and he's determined to reunite the family, even if he has to do it by kidnapping his younger brother. The mother they haven't seen in years is in New Orleans, and she's in trouble. Her sons are coming to the rescue, even if one of them is doing it at gunpoint. But things are rapidly spinning out of control in New Orleans. The Jakes boys, the disgraced former sheriff trying to chase them down, and an ambitious Louisiana deputy investigating the mother are in for far more danger than any of them bargained for. As they're caught between two sides in a vicious drug war, everyone's fighting to survive, no one knows who to trust, and it's anyone's guess who'll be left standing at the end. A story of loss and redemption, of love and betrayal, and above all of how far some will go to be part of a family, FORTUNATE SON will keep you up all night and leave you unable to forget it.

Born and raised in North Carolina, J.D. Rhoades has worked as a radio news reporter, club DJ, television cameraman, ad salesman, waiter, attorney, and newspaper columnist. His weekly column in North Carolina's The Pilot was twice named best column of the year in its division. He is the author of five novels in his acclaimed Jack Keller series: The Devil's Right Hand, Good Day in Hell, Safe and Sound, Devil and Dust, Ice Chest, Breaking Cover, and Broken Shield. He lives, writes, and practices law in Carthage, NC.
Loading...
or support indie stores by buying on