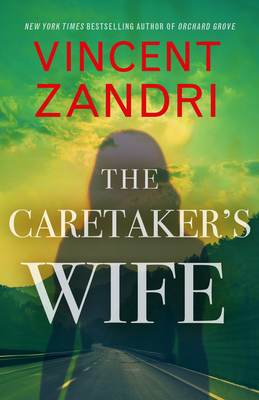 What happens when you've been betrayed by those closest to you? When ex-con and novelist JA Kingsley loses everything he ever cared about, including his wife and teenage daughter, he abandons his home in order to start anew, write a new book, and most of all, restart his fractured life. Traveling to the Adirondack Mountains, he checks himself into The Loon Lake Inn, a peaceful, lake-side resort. For a brief moment, he feels at peace with himself and a world that has seemingly turned its back on him. But what he doesn't expect is the lurid attraction that ignites between him and the wife of the owner of the Loon lake Inn, who has connections to some of most dangerous people imaginable. And what begins as a torrid affair turns into something much more sinister when they decide that nothing will stand in the way of their love--including murder. For readers of Michael Connelly, Robert B. Parker, Ace Atkins, Lawrence Block, and more, Thriller Award and Shamus Award-winning New York Times Bestselling author, Vincent Zandri, brings you an unputdownable novel filled with suspense and deadly romance. Scroll up to purchase this tantalizing thriller.

Vincent Zandri is the bestselling author of more than 20 novels including The Remains, Moonlight Weeps, Everything Burns, The Detonator, and Orchard Grove. He is also the author of numerous Amazon bestselling digital shorts, Pathological, True Stories and Moonlight Mafia among them. Harlan Coben has described The Innocent (formerly As Catch Can) as ...gritty, fast-paced, lyrical and haunting, while the New York Post called it Sensational...Masterful...Brilliant! Zandri's list of domestic publishers include Delacorte, Dell, Down & Out Books, Thomas & Mercer and Polis Books, while his foreign publisher is Meme Publishers of Milan and Paris. An MFA in Writing graduate of Vermont College, Zandri's work is translated in the Dutch, Russian, French, Italian, and Japanese. Recently, Zandri was the subject of a major feature by The New York Times. He has also made appearances on Bloomberg TV and FOX news. In December 2014, Suspense Magazine named Zandri's, The Shroud Key, as one of the Best Books of 2014. A freelance photo-journalist and the author of the popular lit blog, The Vincent Zandri Vox, Zandri has written for Living Ready Magazine, RT, New York Newsday, Hudson Valley Magazine, The Times Union (Albany), Game & Fish Magazine, and many more. He lives in New York and Florence, Italy. Find him online at VincentZandri.com or on Twitter at @VincentZandri.
Loading...
or support indie stores by buying on