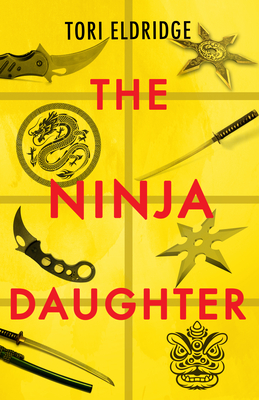 The Ninja Daughter is an action-packed thriller about a Chinese-Norwegian modern-day ninja with Joy Luck Club family issues who fights the Los Angeles Ukrainian mob, sex traffickers, and her own family to save two desperate women and an innocent child. After her sister is raped and murdered, Lily Wong dedicates her life and ninja skills to the protection of women. But her mission is complicated. Not only does she live above the Chinese restaurant owned by her Norwegian father and inspired by the recipes of her Chinese mother, but she has to hide her true self from her Hong Kong tiger mom who is already disappointed in her daughter's less than feminine ways, and who would be horrified to know what she had become. But when a woman and her son she escorted safely to an abused women's shelter return home to dangerous consequences, Lily is forced to not only confront her family and her past, but team up with a mysterious--and very lethal--stranger to rescue them.

Tori Eldridge is the Anthony, Lefty, and Macavity Awards-nominated author of the acclaimed Lily Wong series: The Ninja Daughter, The Ninja's Blade, and The Ninja Betrayed (out 9/14/21). Her short stories have been published in horror, dystopian, and other literary anthologies, and her narrative poem appears in the inaugural reboot of Weird Tales magazine. Tori's screenplay The Gift earned a semi-finalist spot for the Academy Nicholl Fellowship. Before writing, she performed as an actress, singer, dancer on Broadway, television, and film. Tori holds a fifth-degree black belt in To-Shin Do ninjutsu and has traveled the U.S. teaching ninja martial arts and women's empowerment. Visit her website at https: //torieldridge.com.
Loading...
or support indie stores by buying on