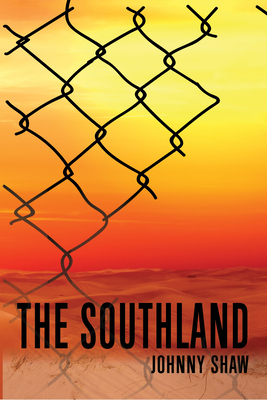 THE SOUTHLAND tells the story of three unauthorized Mexican immigrants living in Los Angeles: Luz works multiple jobs to provide for herself and her teenage son Eliseo. Nadia, a former journalist with PTSD, fled Mexico and tries to stay hidden from the dangerous men that she exposed in Sinaloa. Ostelinda works as a laborer in a garment factory, having been deceived by coyotes and imprisoned in the same building since her arrival. Their lives intersect through terrifying circumstance that clarify and contrast the horrors of existence. When Eliseo goes missing, Luz is lost. She doesn't trust the authorities to help. One wrong move could get her deported. Luz has no option but to investigate her son's disappearance on her own. Engaging Nadia and her roommate, they navigate an increasingly hostile American environment in an effort to reunite Luz's small family. When Luz and Nadia uncover a link to the people that run the garment factory, the two women become determined to save more than just Luz's son. THE SOUTHLAND is a crime story, but more than that, it's a story of America and the dangers that migrants face when being forced to live in the shadows.

Johnny Shaw was born and raised on the Calexico/Mexicali border in the stifling heat of the California desert. He is the author of six novels including the Jimmy Veeder Fiasco border novels: DOVE SEASON, PLASTER CITY, and IMPERIAL VALLEY. Johnny has been nominated for the Anthony Award three times, winning for Best Paperback Original in 2013 for the comedic adventure novel BIG MARIA. He has been shortlisted for a number of awards and has won the Spotted Owl Award twice. His short fiction has appeared in Thuglit, Plots with Guns, Crime Factory, Shotgun Honey, and numerous anthologies. He was the Grand Marshal of the Holtville Carrot Festival Parade in 2016, which means nothing to you, but everything to him. You can find Johnny on Twitter at @BloodandTacos.
Loading...
or support indie stores by buying on