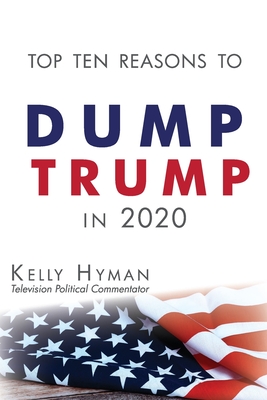 The Top Ten Reasons to Dump Trump in 2020

In the constant state of chaos and uncertainty that President Trump delights in creating, one thing is certain, it would be disastrous if he serves another term. Everyone is worse off with Trump--women, men, all ethnicities, farmers, industrialists, steelworkers, coal miners--everyone, except Trump. It's time for change. Kelly Hyman, attorney, Democratic strategist, and popular speaker has created a practical, accessible, and enlightening quick reference guide to the top ten reasons to dump Trump in 2020, including:

Trump doesn't follow or believe in the Rule of Law. He debases it with his cheating, lying, ignoring legal requests, and publicly denigrating judges. And while he may be impeached for his actions, he won't be convicted. Reading this book will heighten your awareness of the issues, help you become crystal clear about why Trump must not serve another term, and provide voting resources to get you--and others--to the polls to vote. Vote, vote, vote