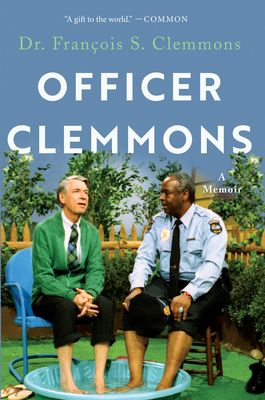 This intimate debut memoir by the man known to the world as Mister Rogers' Neighborhood's Officer Clemmons, who made history as the first African American actor to have a recurring role on a children's television program, "doesn't ask you to be his neighbor, but rather just to hear his story: one of a man of profound strength and talent who stood up, sang out, and, after great struggle, was heard" (NPR).

When he created the role of Officer Clemmons on the award–winning television series Mister Rogers’ Neighborhood, François Clemmons made history as the first African American actor to have a recurring role on a children’s program. A new, wide world opened for Clemmons—but one that also required him to make painful personal choices and sacrifices. Officer Clemmons details Clemmons’s incredible life story, beginning with his early years in Alabama and Ohio, marked by family trauma and loss, through his studies as a music major at Oberlin College, where Clemmons began to investigate and embrace his homosexuality, to a chance encounter with Fred Rogers that changed the whole course of both men’s lives, leading to a deep, spiritual friendship and mentorship spanning nearly forty years.

From New York to Russia, Berlin to California, Grammy Award–winner Clemmons has performed for audiences around the world and remains a beloved figure. Evocative and intimate, and buoyed by its author’s own vivacious, inimitable energy, Officer Clemmons chronicles a historical and enlightening life and career of a man who has brought joy to millions of adults and children, across generations and borders.

Praise For Officer Clemmons: A Memoir…

"It's important to acknowledge heroes who build bridges between all of us. Officer Clemmons offers readers the unique opportunity to understand how one man's life can have an unexpected, positive impact on millions of people. By sharing his lived truth, his artistic journey, and his friendship with Fred Rogers, Dr. Clemmons has written a memoir from a place of love and faith, in both God and in the power of music, as a gift to the world." —Common, Grammy Award-, Academy Award-, and Golden Globe-winning musician, actor, activist, and author of the New York Times bestselling memoir Let Love Have the Last Word

"[Clemmons] writes candidly about his relationship with Fred Rogers, how his life changed because of the show and the sacrifices he made along the way." —TIME, One of the Best New Books of the Month

"Clemmons, who played Officer Clemmons on Mister Rogers' Neighborhood, tells of his life as a gay African-American in the postwar era, in this uplifting memoir . . . Clemmons's thoroughly delightful, inspiring story will speak particularly to artists in marginalized communities." —Publishers Weekly (starred review)

"The extraordinary story of one of Mister Rogers' most groundbreaking and endearing 'neighbors,' Officer Clemmons . . . A dear friend of Rogers for three decades, Clemmons offers a firsthand account of his work on Rogers' show, a story intertwined with the author's remarkable career as an operatic singer, actor, playwright, and choir director . . . A heartwarming story that explores the power of friendship as well as race, sexuality, talent, and identity." —Kirkus Reviews

Dr. François S. Clemmons received a Bachelor of Music degree from Oberlin College, and a Master of Fine Arts from Carnegie Mellon University. He also received an honorary Doctor of Arts degree from Middlebury College. In 1973, he won a Grammy Award for a recording of Porgy and Bess; in 1986, he founded and directed the Harlem Spiritual Ensemble; and from 1997 until his retirement in 2013, Clemmons was the Alexander Twilight Artist in Residence and director of the Martin Luther King Spiritual Choir at Middlebury College in Vermont, where he currently resides.
Loading...
or
Not Currently Available for Direct Purchase