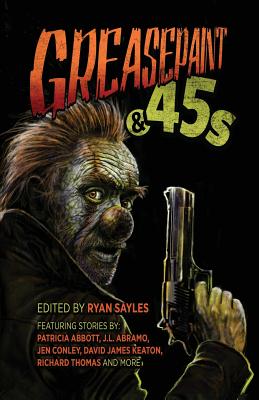 Clowns are like politics; everyone has an opinion on them. In this collection of short stories you'll find numerous takes on the world of the painted harlequin entertainer. Often maligned in today's day and age, the institution of the clown means something to everyone.

And sure, most of these clowns are armed. They're less than concerned about the moral ramifications of their actions. Hell, they might be demonic. We've got it all. Clown cars, rodeos, adultery, robbery, mayhem, balloon animals, self-immolation, big red noses, cremation chambers, a funeral and kids' TV shows, just to name some.

But for a dad who dresses as the most infamous clown ever to sneak into his son's party or a woman who uses her costume as a ruse to rob and cheat to a man who's lifelong companion is a clown apparition, the hair and make-up are just a means to an end.