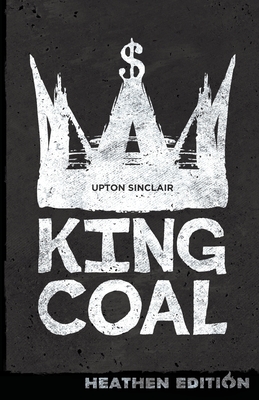 Upton Sinclair (1878-1968), "a self-described socialist propagandist," was an American writer who wrote nearly one hundred books and other works in several genres. Sinclair's work was well known and popular in the first half of the twentieth century due to his desire to expose what he referred to as "the 'wage slavery' of workers," acquiring particular fame for his classic muckraking novel, The Jungle (1906), which exposed labor and sanitary conditions in the U.S. meatpacking industry, causing a public uproar that contributed to the passage of the 1906 Pure Food and Drug Act and the Meat Inspection Act. After hearing of the deadly Colorado Fuel and Iron strike, also known as the Ludlow Massacre on April 20, 1914, a strike identified as "one of the most grueling, longlasting industrial conflicts in the history of the United States," Sinclair focused his attention on the coal mining industry with King Coal, resulting in what scholar R.N. Mookerjee refers to as a "very successful and effective fusion of journalistic excellence and creative imagination," and believes it "is undoubtedly one of Sinclair's more artistic achievements."