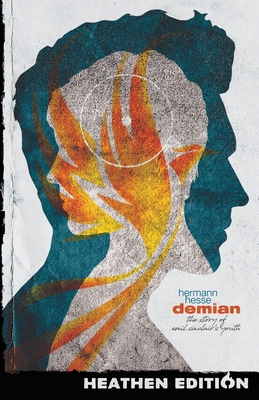 Hermann Karl Hesse (1877-1962) was a German-born Swiss poet, novelist, and painter who received the Nobel Prize for Literature in 1946. He found early popularity as an author in his native Germany but was soon embroiled in public controversy following the publication of an essay that appealed to his fellow countrymen regarding their role in the First World War. This personal crisis was quickly followed by the death of his father, the serious illness of a son, and his wife's deteriorating mental health, leading to a great turning point in his life when he emigrated to Switzerland and sought refuge in psychoanalysis with a disciple of Carl Jung.

The first influences of that analysis bore Demian: a novel so radically different from his earlier work that even his friend, the renowned author Thomas Mann, could not believe Hesse wrote it. Initially published under the pseudonym Emil Sinclair, and replete with both Jungian archetypes and Jungian symbolism, it tells the coming-of-age story of troubled adolescent Emil and his quest for self-discovery and spiritual awakening with his friend, Max Demian, as guide.