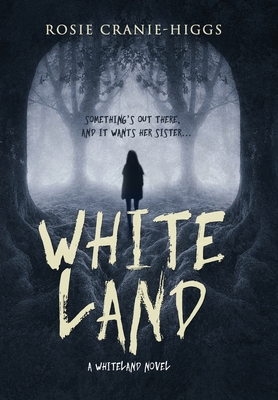 In a lonely Swiss mountain village, Kira's holiday erupts. It's winter, it's eerie, and out in the woods something imbeds its claws into her sister.

When Romy returns, she's different. She's violent, inhuman, and by rights, should be dead. Even though things aren't normal, all their parents care about is that she's still alive.

In the otherworldly forest, Kira starts to pry, but secrets like to be kept. With the help of Callum, a sarcastic Scotsman, Kira stumbles upon the folkloric world of Whiteland, eating all she knows.

If Kira runs away, she'll be safe. If she doesn't, her family might not survive. In the end, there's no mercy in revenge.

Blending Scandinavian folklore with dark fairy tales, this creepy and atmospheric debut novel by Rosie Cranie-Higgs will take you on a psychological joyride down a rabbit hole into a terror-filled realm known only as Whiteland.