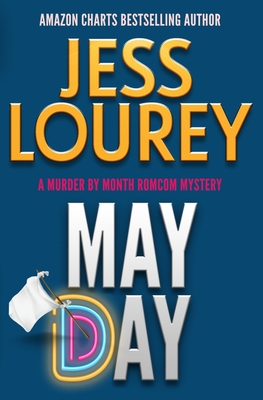 The not-so-proud owner of a dead-end job and a cheating boyfriend, Minneapolitan Mira James jumps at the chance for a fresh start in rural Battle Lake. She immediately regrets her move. That is, until she crosses paths with Jeff, the ultimate sexy nerd. When their romance heats up, she thinks she has it made.

And she does, right up until Jeff turns up dead between the library's reference stacks.

Anxious to learn more about the man who had briefly stolen her heart, Mira delves into the mysteries of Battle Lake, including an old land deed obscuring ancient Ojibwe secrets, an octogenarian crowd with freaky social lives, and a handful of thirty-something high school buddies who hold bitter, decades-old grudges.

Mira soon discovers that unknown dangers are concealed under the polite exterior of this quirky town, and revenge is a hotdish best served cold.

May Day is a laugh-out-loud, suspenseful, comic caper mystery, perfect for readers who love to escape into the humorous mysteries of Janet Evanovich, Denise Grover Swank, and Stephanie Bond, TV viewers who enjoy 30 Rock and Parks and Recreation, and moviegoers who laughed out loud watching Bridesmaids or Melissa McCarthy's Spy.

May Day is the first in a series of laugh-out-loud-funny, romantic, and a-little-bit-raunchy mysteries featuring Mira James, an urban woman with rural Minnesota roots. The books can be read in order; each novel stands alone. Get all the Mira James mysteries today

Or, if you love to sink into a satisfying binge read, check out the bundles

PRAISE FOR MAY DAY

"Read this now I had a hard time putting this one down...Good thing there are more in the series I haven't yet read. I'm looking forward to devouring them " ―S. Waters (Amazon reviewer, five stars)

"This trade paperback packed a punch...I loved it from the get-go " ―Tulsa World

"What a romp this is I found myself laughing out loud..." ―Crimespree Magazine

"Mira is the strength of the book. She has a unique voice, full of irreverent humor...I couldn't help rooting for her]." ―All about Romance

"May Day starts the action rolling with a clever mystery and some snappy writing . . . These pages are filled with fresh dialogue " ―In the Library

"Mira digs up a closetful of dirty secrets, including sex parties, cross-dressing and blackmail, on her way to exposing the killer. Lourey's debut has a likeable heroine and surfeit of sass." ―Kirkus Reviews