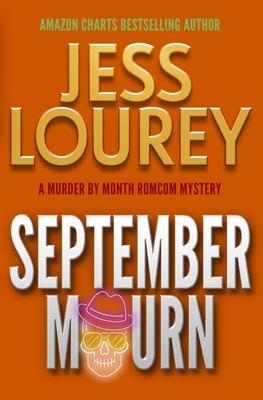 "Once again, the very funny Lourey serves up a delicious dish of murder, mayhem, and merriment." ―Booklist (starred review)

The Minnesota State Fair is the beloved home of 4H exhibits, Midway rides, and everything on a stick. The festival fun is riding high until the recently crowned Milkfed Mary, Queen of the Dairy, a Battle Lake native, is brutally murdered while her regal likeness is carved in butter.

Can Mira James, covering the fair for the Battle Lake Recall, manage make-out time with guitar-slinging Johnny Leeson while winning a blue ribbon for caging a killer?

This novel is the fifth in a series of hilarious page-turners featuring Mira James, an urban woman with rural Minnesota roots. The series does not need to be read in order; each book stands alone. Get all the Mira James mysteries:


Or, if you love to sink into a satisfying binge read, check out the bundles

"Janet Evanovich fans have a new reason to celebrate September Mourn is fun, funny, and so cleverly written, you'll be guessing until the very end." ―Gemma Halliday, best-selling author of Mayhem in High Heels

"Another amusing tale set in the town full of over-the-top zanies who've endeared themselves to the engaging Mira." ―Kirkus Reviews

"Lourey has a talent for creating hilarious characters in bizarre, laugh-out-loud situations, while at the same time capturing the honest and endearing subtleties of human life." ―The Strand