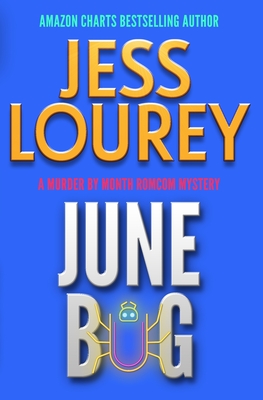 Mira James never imagined life after Minneapolis would be a doublewide trailer outside Battle Lake, Minnesota. Then again, maybe the North Country has more to offer than mosquitoes and tator tots. Maybe it has earthy, sexy Johnny Leeson and... jewels?

Local legend claims that a diamond necklace was lost nearly a century ago in Whiskey Lake, near the bank of the present-day Shangri-La resort. Mira, a part-time reporter, goes fishing for the story behind the legend. Her exhilarating treasure hunt uncovers a new mystery and puts her face to face with a menacing foe from her past.

Can she avoid his deadly advances long enough to lock lips with Johnny?

﻿﻿June Bug is the second in a laugh-out-loud-funny romcom mystery series featuring Mira James, an urban woman with rural Minnesota roots. The books do not need to be read in order; each novel stands alone. Get all the Mira James romcom mysteries today

Or, if you love to sink into a satisfying binge read, check out the bundles

Be sure to check out March of Crimes and April Fools, the hilarious and explosive series finales.