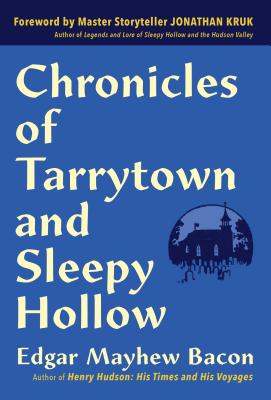 Chronicles of Tarrytown and Sleepy Hollow

Washington Irving's Legend of Sleepy Hollow has forever made the locale immortal in American history. In Chronicles of Tarrytown and Sleep Hollow, historian Edgar Mayhew Bacon brings the world of early America to life with true tales about The Old Dutch Church (the setting for The Legend of Sleepy Hollow), Sunnyside, and the area's role in the American Revolution. Also included is a chapter of "Myths and Legends" and the story of The Headless Hessian.

Edgar Mahew Bacon is an important author of early New York history. His works include The Hudson River from Ocean to Source and Henry Hudson: His Times and Voyages. He spent most of his life in Tarrytown and is buried at the Sleepy Hollow Cemetery in New York.