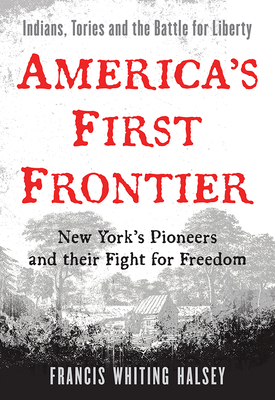 New York's Pioneers and Their Fight for Freedom

The powerful story of the brave men and women who helped build America.

In New York's early days, settlers journeyed into the wilderness to build a new life. They faced hunger, disease and the biggest threat of all--mankind. Hostile Indians, French mercenaries and British loyalists were all daily threats to the lives and homesteads of the early pioneers.

The frontiers of New York were critical to the success of the revolution and the founding of America. The empire of the Iroquois and the Five Nations was at the pinnacle of its power and influence. The French and the British wanted to use the land for their own profit. And the Americans wanted freedom.

Never was the resourcefulness and courage of Americans more apparent than at the very edges of civilization in an untamed land. They cleared their own fields and built their own homes. When the men volunteered for militias and marched off to battle, to fight and perhaps die, pioneer women were left alone to guard their homes and children.

From the first settlers in the 17th century through the American Revolution, Halsey shows how critical the New York frontier was to the founding of America--and the dramatic personal courage of those who lived there.

This book was originally published under the title The Old New York Frontier.

Francis Whiting Halsey was born in Unadilla, New York in 1851. He was a journalist, lecturer, editor and historian. He lectured extensively and was a member of New York State History Association. He wrote for The New York Times and was the first editor of its Book Review. He died in 1919.
Loading...
or
Not Currently Available for Direct Purchase