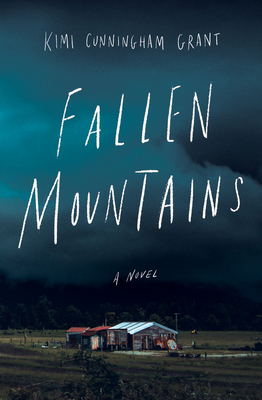 When Transom Shultz goes missing shortly after returning to his tightly knit hometown of Fallen Mountains, Pennsylvania, his secrets are not the only ones that threaten to emerge.

Something terrible happened seventeen years ago. Red, the sheriff, is haunted by it. Possum, the victim of that crime, wants revenge. Chase, a former friend of Transom’s, is devastated by his treacherous land dealings. And Laney worries her one thoughtless mistake with Transom could shatter everything she’s built.

As the search for Transom heats up and the inhabitants’ dark and tangled histories unfold, each must decide whether to live under the brutal weight of the past or try to move beyond it. In Fallen Mountains, even loyalty, love, trust, and family can trap you on a path of tragedy.

"Reminiscent of the best Appalachian writers . . . [Grant] wields her sense of place like an extra character." —Matt Coleman, Book Riot


"Its primary concern—whether it's ever conscionable to put family before civic duty—belongs to any era... Ingeniously plotted to the end." —Nell Beram, Shelf Awareness

Kimi Cunningham Grant is the author of a memoir, Silver Like Dust (Pegasus 2012.) She is a two-time winner of a Dorothy Sargent Rosenberg Memorial Prize in Poetry, as well as a Ruth Lilly Poetry Fellowship finalist.  She’s also a recipient of a Pennsylvania Council on the Arts fellowship in creative nonfiction.  Her essays and poems have appeared in RATTLE, Poet Lore, Tar River Poetry, Apalachee Review, Grasslimb, Whitefish Review, and The Tribe magazine. She studied English at Bucknell University, Messiah College, and Oxford University. You can find her at kimicunninghamgrant.com.