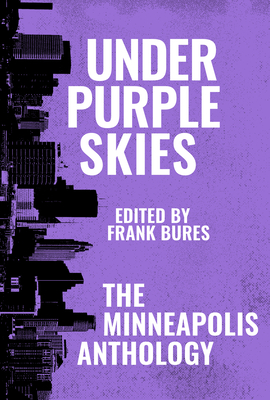 Part of Belt's City Anthology Series. "The ultimate (literary) tour guide to the neighborhoods and wild places, history and politics, culture and cuisine, music and myths of the Twin Cities, a place I only thought I knew."--Benjamin Percy

In recent years, Minneapolis has become one of America's literary powerhouses. With over fifty poems and essays, Under Purple Skies: The Minneapolis Anthology collects some of the most exciting work being done in, or about, Minneapolis and the Twin Cities area, with narrative threads that stretch back not just to Scandinavia, but across the world.

- A tour through Prince's Minneapolis

- The story of the Metrodome's demolition

- A story of a Somali immigrant's journey to Eden Prairie

A wonderful, literary portrait of the City of Lakes and the myriad ways it's changed in recent years.