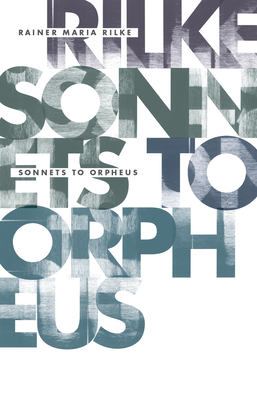 Rainer Maria Rilke's fifty-five Sonnets to Orpheus were written over a few days in an astonishing burst of inspiration. Described by Rilke himself as "a spontaneous inner dictation," the sequence is among the most famous works of modernist literature, and Christiane Marks's fresh new translations succeed in evoking Rilke's music--often sacrificed in translation--opening a new window on these poems, for old and new Rilke lovers alike. The result of nearly two decades of memorization, research, and fine-tuning, Marks's translations, only the second by a woman and the first by a native German speaker, recapture Rilke's astonishingly contemporary, often colloquial style.

Rainer Maria Rilke was born in Prague in 1875 and traveled throughout Europe for much of his adult life, returning frequently to Paris. His last years were spent in Switzerland, where he completed his two poetic masterworks, the Duino Elegies and the Sonnets to Orpheus. He died of leukemia in December 1926.Christiane Marks came to the U.S. from Germany as a child and holds a BA in Comparative Literature from Earlham College and an MA in German from the University of Cincinnati. A member of the American Translators' Association, Marks has translated historical letters, numerous articles, and two books.
Loading...
or support indie stores by buying on