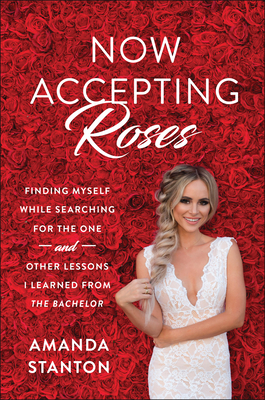 Finding Myself While Searching for the One . . . and Other Lessons I Learned from "the Bachelor"

When Amanda found out her mother had sent in an application to ABC's The Bachelor on her behalf, she wasn't upset . . . but she was hesitant.

As a divorced single mom on a long dating hiatus, she didn't think there was any way she could measure up against the competitors. In the back of her mind, her ex's hurtful message reared its ugly head: "You can't divorce me. You'll be 25 and divorced with two kids. No one will want you." The thought of starting over and putting herself out there was frightening.

But despite the self-doubt, Amanda made it onto Season 20. What nobody knew at the time was that her on-camera date with Ben was her first in almost three years. Talk about pressure

Ever since she made it to the final four on The Bachelor and ended up engaged on Bachelor in Paradise, media outlets and millions of fans, eager to learn Amanda's story, have tried to track her down. What's he really like? What's the scoop on her? Was she telling the truth about him?

Part-memoir, part girl's guide, Now Accepting Roses is full of never-before-told stories from behind the scenes of one of America's most popular television shows--but this book isn't just for fans of The Bachelor. This book is for anyone navigating the crazy and exciting world of finding real love. Amanda also reveals the valuable lessons for life and relationships that she learned after the world watched her look for love on television--three times. Everything she now knows about dating, she learned from being on The Bachelor. Amanda's unique experiences have left her with some hard-earned wisdom to share, including her own "rules" for dating and how to truly find yourself, as she has. Thanks to juggling dating, parenting, and life, she better understands the way dating works and shares how you can find love while prioritizing your own needs.

Amanda's friendly, heartfelt guidance will feel like a good friend offering her most personal advice on life, love, and self-care--and her wild stories will rival the juiciest gossip you've ever heard.

If you're looking for a love like you've seen on the silver-screen, that doesn't exist. The good news is that the real thing is so much better. Amanda is more confident than ever in her search for love, and she hopes that sharing her stories and insights will help you find it, too.

Amanda Stanton is a single mother raising two beautiful girls, Kinsley Elizabeth and Charlie Emma, in Orange County, California. Before joining ABC's hit series The Bachelor and Bachelor In Paradise, Amanda was a full-time mom who hadn't been on a date in more than five years. From her unique experiences on the dating shows, Amanda has received a crash course in relationships. She has developed a refreshing set of rules for what it takes to find the one - without losing ones self.
or support indie stores by buying on
Copyright © 2020 American Booksellers Association