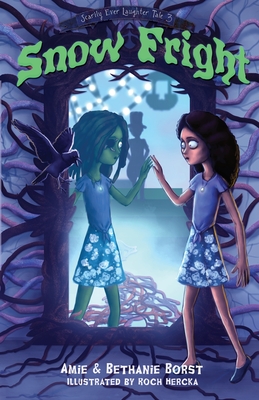 Zombie Girls are gorgeous. Even if they are a little bit rotten.

It takes more than one bite to learn beauty is at the core.

Sarah White receives a mirror on her twelfth birthday. She thinks it's the perfect gift until an innocent game of laser tag gets out of hand and the mirror swallows her whole.

When Sarah climbs through on the other side, she finds herself dead center of the Underworld. As if repeated run-ins with Mr. Death weren't bad enough, Sarah now has to deal with brain freezes, all due to the seven worms living in her head.

Of corpse, by the time Sarah escapes the Underworld, it's too late. Her flesh is decaying, and she has a sudden craving for brains. Zombie life is less than appetizing Even worse, she learns her friends, Cindy and Scarlet, are missing. Sarah must return to the Underworld to save them. But doing so could make her undead life a permanent feature.

With a poisoned apple, a crow named Raven, and a glowing necklace, Sarah's pretty sure that being a brain-craving zombie requires way too much dead-ication.