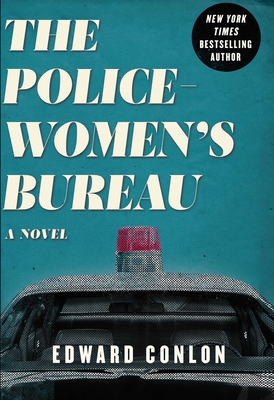 “A page turning story, based on fact, about how it was to be an NYPD cop and a woman several decades ago: frightening, exciting, rewarding, as well as insulting, demoralizing and surreal, all at the same time. Policewoman Marie Carrara is the ultimate survivor.”—Joseph Wambaugh

From the New York Times Bestselling author of Blue Bloods comes a fast-paced novel about the inner workings of the NYPD, and the early days of women on the force. “

It’s The Bronx, 1958. The Policewomen's Bureau isn’t respected within the Department, even when it handles cases the men can’t solve. Marie Carrara is a young police matron who wants to move beyond the grim routine of guarding female prisoners to become one of the few female detectives in the NYPD.

Though she is a shy and naive, from a sheltered, immigrant background, Marie dives into the strange and terrifying world of big-city undercover work without hesitation, using her genuine innocence to deceive degenerates and drug dealers into thinking that she’s an easy target.

As she begins to create tougher undercover characters, she discovers that they might be able to inspire her in her off-duty life as well. Despite the violence of her job, the sexism she faces daily, and a rocky-at-best marriage waiting for her at home, Marie is determined to make a name for herself within the NYPD and be the role model her young daughter deserves.

With the support of Marie Cirile, the real-life inspiration for Marie Carrara, Edward Conlon adapts the true events of her memoir into a thrilling drama, a book only a best-selling author and decorated Bronx detective could have written.

Praise For The Policewomen's Bureau: A Novel…

Praise for The Policewomen's Bureau

“A page turning story, based on fact, about how it was to be an NYPD cop and a woman several decades ago: frightening, exciting, rewarding, as well as insulting, demoralizing and surreal, all at the same time.  Policewoman Marie Carrara is the ultimate survivor.”—Joseph Wambaugh, award-winning and New York Times bestselling author

"Memorable . . . Marie [Cirile]'s impressive career, told "with as little imagination as possible," according to an author's note, is a testament to her alter ego's resilience in the face of sexism and physical abuse."—Publishers Weekly

"An engaging drama with cinematic potential. . . . Great fare for lovers of police stories and a dead-on accurate portrayal of the era’s attitudes toward women"—Kirkus Reviews

“A richly entertaining peek behind the badge.”—Time

“Blue Blood explains the job and its history like no book before. . . . It is not only a cop's Moby Dick, it is an American Crime and Punishment.”—Chicago Tribune

“He illuminates every aspect of police work with wisdom and wry humor . . . Blue Blood is a memoir that casts back to the earliest days of New York’s police. It is also a family history, written with love and esteem.”—The Telegraph

“Nuanced and epic . . . Conlon lays waste to the clichés and tells a tale that is by turns lyrical, gritty, and highly compelling.”—The Irish Independent

“For vividness, perception, humor and quirkiness, this is unbeatable; a masterpiece of realistic reportage.”—Express

“Conlon is a wonderful writer, street smart and poetic, arresting you with his deft turn of phrase. . . . Rapid-fire war stories capture the mania of [his] life as a cop, from his rookie days in public housing in 1995 to his current post as a detective in the South Bronx. Readers are lucky Conlon gives them a pass into his world.”—Booklist, Starred Review

“Gripping . . . Even those with a more cynical view of the realities of police work will be impressed by the warts-and-all portrait Conlon provides, and his gifts as a writer will doubtless attract a wide audience.”—Publishers Weekly, Starred Review

“A sprawling, loose-limbed collection of funny and harrowing on-the-clock anecdotes, broken up by numerous digressions into family and institutional history.”—AV Club

“It is difficult to imagine a more thorough immersion into the world of everyday copdom. . . . [Conlon] admits us into a fascinating and frightening world that is never far from our own doorstep.”—BookPage

“[A] dynamic, dark-humored memoir of daily life on the NYPD. . . . Conlon's impressive knowledge of and passion for New York City history and its political characters shine through out.”—Harvard Magazine

Edward Conlon was a detective with the New York City Police Department. A graduate of Harvard, he has published articles in The New Yorker, Harper’s, and Esquire, and his work has been included in The Best American Essays. He is the author of a memoir, Blue Blood, which was a finalist for the National Book Critics Circle Award, a New York Times Notable Book, and a New York Times bestseller. After retiring from the NYPD, he has since returned as Director of Executive Communications for the Police Commissioner.
Loading...
or support indie stores by buying on