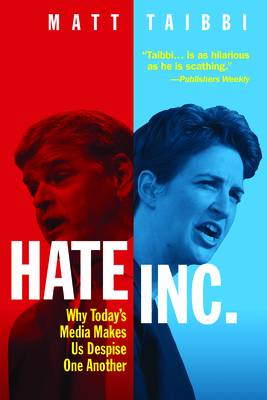 MATT TAIBBI is a contributing editor for Rolling Stone and winner of the 2008 National Magazine Award for columns and commentary. His most recent book is I Can't Breathe: A Killing on Bay Street, about the infamous killing of Eric Garner by the New York City police. He's also the author of the New York Times bestsellers Insane Clown President, The Divide, Griftopia, and The Great Derangement.
Loading...
or
Not Currently Available for Direct Purchase